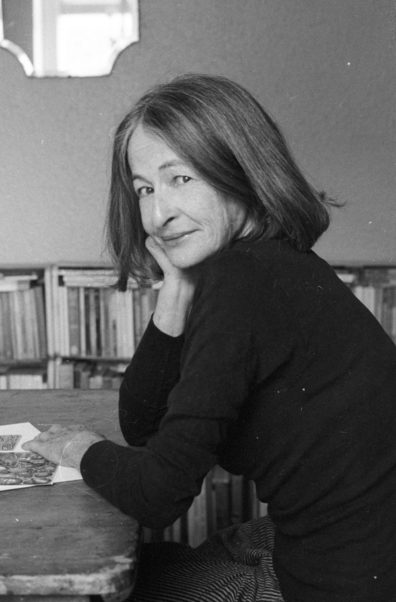 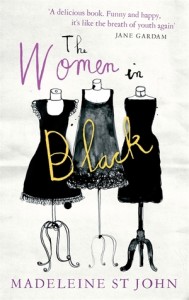 The setting is 1959, the liberating 60s revolution is just around the corner. Sydney is acquiring a newfound cosmopolitanism. Bright-eyed and bookish Lisa, while waiting for her school exam results, takes a temporary sales assistant job in the Ladies Cocktail Frocks section of F.G.Goode, the nation’s most prestigious department store. The Christmas rush is fast approaching and the impeccable women in black are busily tending the needs of their important customers – the salubrious and wealthy housewives of Sydney’s North Shore. For Lisa, who has hopes and dreams of what lies ahead, the Ladies Frocks department, a place of borrowed sophistication, is like a Cinderella world. She falls under the spell of Magda, the exotic Slovene refugee and guardian of the rose-pink cave of Model Gowns. And Lisa becomes entangled in the lives of the other women in black; fascinated by their genuine love of style and fashion. She learns of their private despair and frailties and it all begins to affect her views on life. How will she face independence, going to university, working for a living, marriage and motherhood? Just like the city itself, Lisa is beginning to grow up.

Full of sparkle and wit, The Women in Black shows no signs of the brittleness of author Madeleine St John’s own traumatic childhood. Madeleine was only 12 when her mother suicided and her relationships with her father and stepmother were far from happy. She was a young recluse in a privileged world who abandoned her family and Australian homeland to start a new life overseas. St John became a contemporary of the creative sect that included Robert Hughes, Bruce Beresford, Barry Humphries and Clive James; all were making their mark in Swinging Sixties London. Even then, Beresford [who currently holds the movie rights to The Women in Black] considered Madeleine St John a star in the making. “Madeleine was a difficult, waspish sort of person, quick-tempered, passionate and with very strong likes and dislikes. She was so blunt,” Beresford said in a 2013 interview for The Australian. The renowned film director praised the beautiful delicacy of St John’s writing, declaring her a “superb novelist of contemporary manners.” 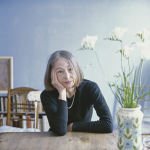 Madeleine St John, the first female Australian to be short-listed for the Booker Prize, had a late start to her literary career – she was already in her 50s when The Women in Black was published in 1993. It is the only one of her four novels that is set in Australia. The Women in Black is a wonderful comedy of manners; a young girl’s coming-of-age story. Although St John [who died in 2006] had been single most of her life and had no children, she had a marvelously droll perception of issues such as marriage, domesticity, sex and affairs. And she drew delightful pictures of her characters:

Magda, the luscious, the svelte and full-bosomed, the beautifully tailored and manicured and coiffed, was the most overwhelming, scented, gleaming, ‘god-awful’ and ghastly snake-woman…

She emerged from the staff entrance into the city in its Saturday afternoon and Sunday condition: so silent, so deserted as to suggest a terrible plague, or of the Angel, even, of Death itself. Each footfall could be heard as she walked down Pitt Street and Martin Place; as she passed the GPO she saw a woman posting a letter, and in George Street she saw a man in the far distance, going towards Circular Quay; the streets were otherwise quite empty.

St John’s sharp insights and lighthearted tone sustain this charming tale and even if you didn’t live through this era, this book will make you feel as though you did.

Click here for a one-minute preview of Ladies in Black and interview with director Simon Phillips. 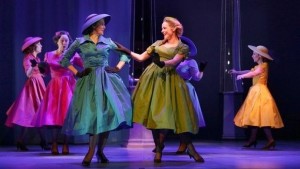