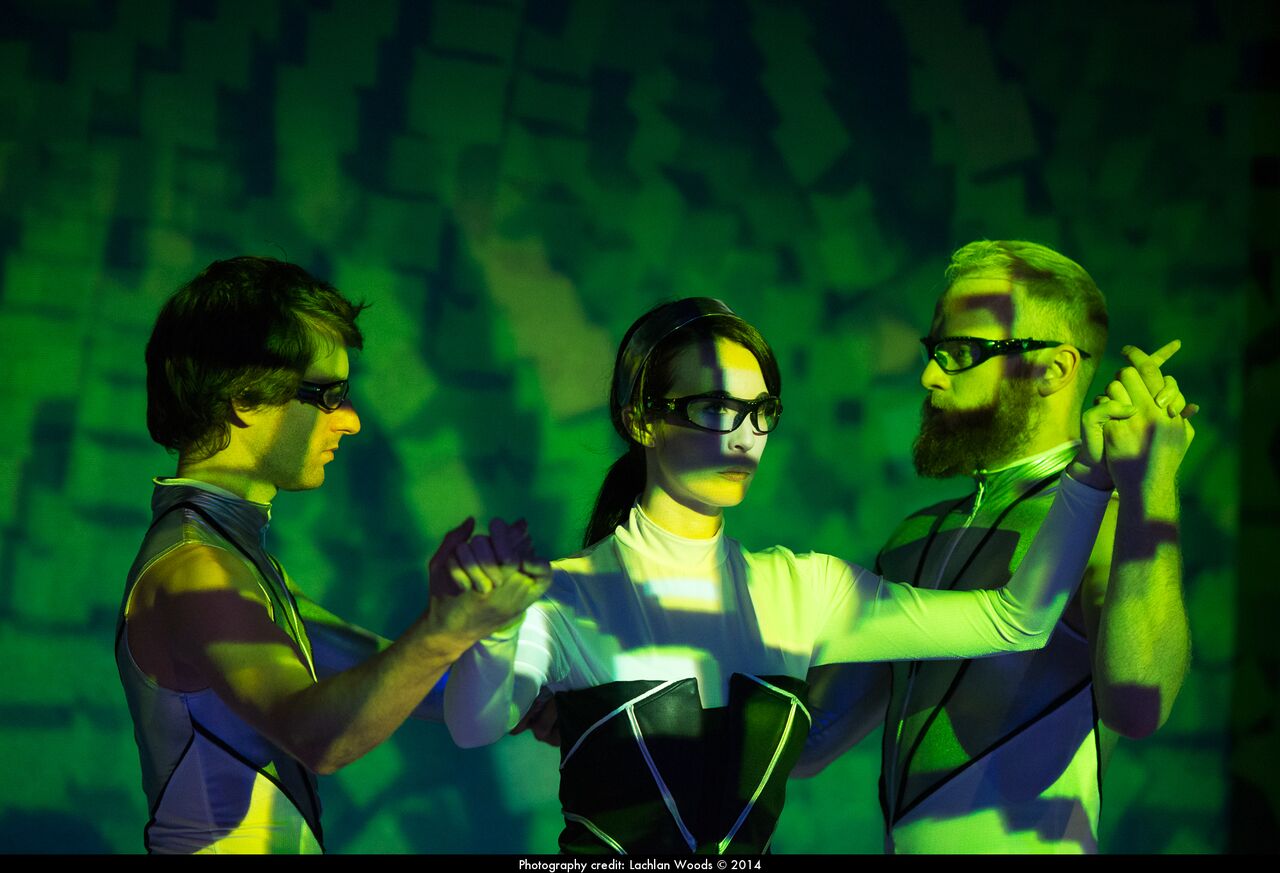 The Motion of Light in Water celebrates the power of imagination 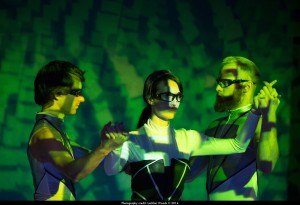 La Boite Theatre Company’s concluding season of independent theatre includes a new play created by Melbourne-based contemporary ensemble Elbow Room that is both bizarre and ultimately satisfying. With an imaginative and heady use of prose, music, movement and light The Motion of Light in Water interweaves two storylines (one set in the 1960s, the other in the 22nd Century) that are inspired by the autobiography of African American author Samuel R. Delany and one of Delany’s most celebrated novels, the Nebula Award-winning Babel 17. Delany wrote science-fiction at a time when the genre was loaded with stereotypes of chiseled-jaw macho white-guy heroes, death-ray gadgetry and gee-whiz futurism. Some of his works have become essential to the history of science fiction. Delany pushed the boundaries of science-fiction – he also questioned conventional thinking about sex and intimacy.

The Motion of Light in Water is soulful but convoluted; an enlivening journey of the human heart that offers an alluring mix of queer sci-fi love story and mind-blowing fantasia, sexual politics and racial tension. This is new and daring storytelling presented by a troupe of six fearless performers playing multiple roles and who are not averse to undressing on stage as they seamlessly transform from one character to the next.

Former Sydney Carriageworks artists-in-residence Elbow Room has won acclaim for creating stories that tweak our intellectual curiosity. The theatre company often uses small spaces to ask big questions – this is exactly what they do in a reduced partitioned space of La Boite’s Roundhouse Theatre. Consequently the technical achievements of production designer Matthew Adey, audio-visual designer Andre Vanderwert and lighting designer Kris Chainey are terrific. The main set is a simple Cubist-inspired bright-white enclosure representing the space craft captained by Babel 17’s protagonist, the poet and linguist Rydra Wong (Ngoc Phan) who is engaged in an interstellar war with an invading alien that uses language as a weapon. Within the confined corridors encircling the Babel 17 stage set is where the dimly-lit 1960s New York City scenes take place: the cramped tenement of gay African American science-fiction author Samuel R. Delany (Ray Chong-Nee) who is in an interracial and open marriage with Jewish working-class poet Marilyn Hacker (Olivia Monticciolo), and also serves as the squalid Lower East Side haunts where Delany seeks out the kindness and sexual gratification of strangers. Hacker and Delany’s socially unacceptable marriage means they are aliens in their own world. 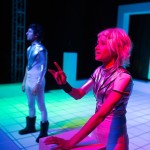 With The Motion of Light in Water, Elbow Room sets out to capture the sense of courage generated by Delany’s opus of sci-fi literature by challenging us to let our imaginations soar through space and time. The power of language, its influences on thought and awareness, is a major theme threading the two storylines together and director Marcel Dorney makes a good fist of exploring this and Delany’s ideas of creationism; desire being universal, the very foundation of all life. All six actors tackle the multiple roles and costume changes with style.  Emily Tomlins is the personable narrator Jewel who first invites us into the imagined world of the trailblazing author Delany. She also proves a helpful intergalactic guide when the action time-hops 150 years back and forth. We immediately feel empathy for Chong-Nee’s charismatic portrayal of Delany and Olivia Monticciolo’s contained intensity as Hacker really bubbles to the surface when a drifter (Tom Dent) whom Delany had sex with and then brought back to their NY apartment, starts to flirt with her. Ngoc Phan is strong and confident as the fiercely intelligent starship captain, just as Delany intended – a remarkable female caricature for a sci-fi novel written in 1960s.

The Motion of Light in Water celebrates the power of imagination. What does the future have in store for love and humanity? 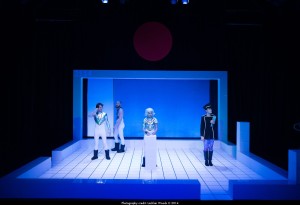 “I was a young black man, light-skinned enough so that four out of five people who met me, of whatever race, assumed I was white…. I was a homosexual who now knew he could function heterosexually. And I was a young writer whose early attempts had already gotten him a handful of prizes…. So, I thought, you are neither black nor white. You are neither male nor female. And you are that most ambiguous of citizens, the writer.

There was something at once very satisfying and very sad, placing myself at this pivotal suspension. It seemed, in the park at dawn, a kind of revelation – a kind of center, formed of a play of ambiguities, from which I might move in any direction.”

Samuel R. Delany – The Motion of Light in Water: Sex and Science Fiction Writing in the East Village