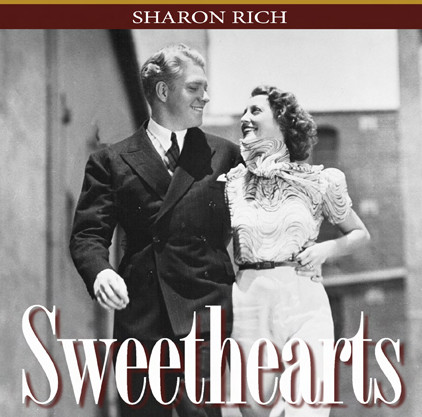 Sweethearts: the timeless love affair – onscreen and off – between Jeanette MacDonald and Nelson Eddy

An updated 20th anniversary edition of the bestselling true story of one of Hollywood’s greatest cover-ups: the love affair between Jeanette MacDonald and Nelson Eddy. The most popular singing team in movie history, Eddy and MacDonald were America’s “Singing Sweethearts” of the 1930s and ‘40s. Once they sang their first duet onscreen they achieved instant immortality. Together they starred in eight box office hits, stirring romantic operettas that raked in millions for Metro-Goldwyn-Mayer. They were megastars following their first movie pairing, needing body guards and police escorts at public events and smashing attendance records at their individual live concerts and opera appearances. Millions of devoted fans world-wide were unaware that the love affair and undying chemistry the songbirds shared onscreen carried over into their real lives, which were as melodramatic and star-crossed as one of their movies. For decades they clung to an unrelenting spiritual bond, but for their real-life story there was no happy ending. Although both singers regularly denied it they were attracted to each other from the moment they met. MGM’s unflappable studio boss Louis B. Mayer propagated a rumour that his two singing stars hated each other off-screen but the truth was that they were secretly engaged in the summer of 1935 while filming their famous “Mountie” movie, Rose-Marie. Both singers were fiery and selfish (Eddy was particularly prone to violent mood swings) and Mayer’s undermining interference (he in cahoots with MacDonald’s scheming mother who took an instant dislike to Eddy) triggered a series of tragic events that caused them to eventually unhappily marry others, and then self-destruct their film careers, their health, and ultimately their lives. MacDonald died of heart failure in 1965 and two years later Eddy died after collapsing on stage during a performance in Miami.

If casting couches and the grubby inner workings of Hollywood’s star-making factories is your cup of tea, then this is the book for you. This is a tale of unwanted pregnancies and miscarriages, suicide attempts, mental breakdowns and sexual assault, of a time when controlling movie moguls were looked upon as gods who could make or break a career (and often did) in the blink of an eye. Threading it all together is a romance that spanned decades; one so torrid and intense, volatile and ultimately futile, that even Shakespeare’s famous thwarted lovers pale by comparison. 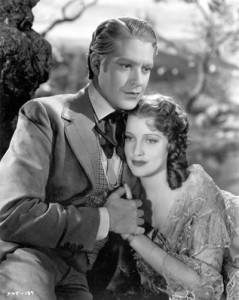 Rich says when Sweethearts was first published in 1994 both Gene Raymond (Jeanette MacDonald’s husband) and Anne Eddy (Nelson’s wife) publicly said nothing to repudiate the author’s claims and body of evidence supporting the Eddy/MacDonald affair. And why would they? Because what most impresses about Rich’s account of one of Hollywood’s least well-kept secrets is her exhaustive and scrupulously documented research. There are Eddy’s own fervent love letters, MacDonald’s diary extracts, hundreds of letters from co-workers, the stars’ families, friends and fans along with recorded interviews, eye-witness accounts, affidavits and a remarkable array of personal snapshots and studio photographs. Rich’s involvement in this star-crossed love affair began when, as a teenage nurse she met Jeanette’s sister Blossom Rock (the actress who played Grandma in the 1960s TV series The Addams Family) who provided Rich a bounty of previously undisclosed information regarding her sister’s life story and her love for the rugged baritone Eddy. 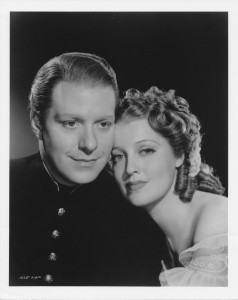 Sweethearts is no sensational expose but Sharon Rich pulls no punches. She has plenty of eyebrow-raising fodder to work with – the ‘MacEddy’ romance was a cycle of reconciliation and rejection that went on for 30 years. Rich hooks us in from Chapter I, picking up during one of the protagonists’ countless secret rendezvous, this time in picturesque Lake Tahoe in 1943 where eight years earlier, during the filming of Rose Marie, a besotted Eddy proposed to his leading lady. And there’s a great supporting cast too. We learn of MacDonald’s ambitious stage-mother, encouraging her daughter’s numerous career-building liaisons (including an affair with her MGM boss Mayer) and of Jeanette spending her Hawaiian honeymoon alone while her bisexual husband Gene Raymond spent the night with a male companion. From the late 1930s Nelson Eddy was the world’s highest paid singer. His early childhood however was anything but rosy. He spent much of it moving from job to job, providing for himself and his mother after his drunkard father had abandoned them. At the height of the World War II Eddy (fluent in several languages) was working as a US spy in Cairo. During his twilight years he brought his nightclub act to Australia and, according to Rich, was scouting for a new home in Sydney to share his retirement years with MacDonald – but it wasn’t to be.

Sweethearts is a must for anyone interested in Hollywood’s golden era. Detailed, illuminating and with complete filmography, it’s an insightful look at two of the most important screen personalities of the 1930s who were so wrapped up in the world of make-believe and melodrama they lost any chance of finding their own true happiness.

Rating: Four star: Definitely worth it.